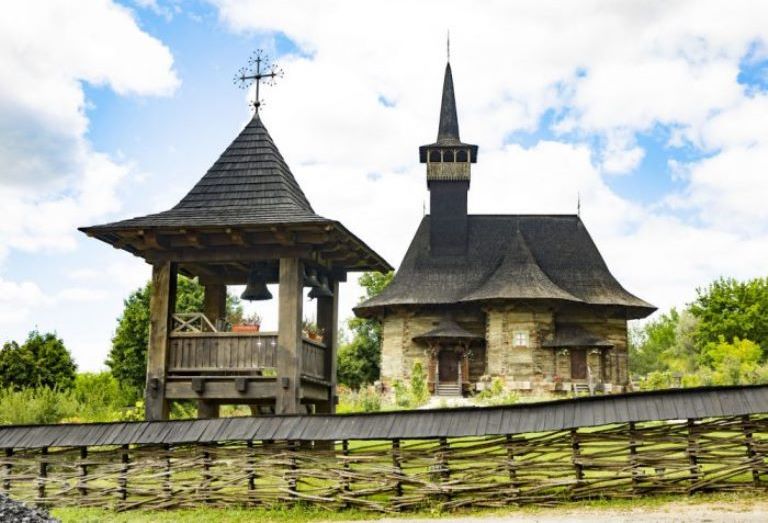 The Republic of Moldova has a rich history, which over time has left its mark on its architecture. Although there are many churches and monasteries in the country, some of them are a special attraction, namely, the wooden churches. These are part of the family of Romanian wooden churches, built mainly by wood civilization, which existed in Romania until the beginning of the century. XX.

Below, the Visit Moldova team offers you the opportunity to learn more about these architectural and religious monuments, in order to choose more easily the next destination for your holiday in Moldova.

This is the oldest wooden church on the territory of the country, having its beginning in 1642, in the village of Hîrjauca, right in the yard of the monastery of the same name, being made of oaks from Moldova’s Codri woods. In 1821, it was dismantled and transferred to the village of Hirișeni, where it was until 1928, when the stone church was built, the wooden church was forgotten and left to the will of time and the forces of nature. The church was in this state until 2010, when it was transferred beam by beam from Hirișeni to Chisinau. Here it was restored and sanctified. Today the church is in full bloom, neat and full of life. Here are many icons preserved from the century. XVIII, which tell a long history about the fate of this architectural monument.

The architecture of the church is a combination of wood and stone, and according to some data, it is presumed to date from 1839, although many villagers from Vorniceni claim that it is from the 1400s. the church was not built on the spot, but brought from elsewhere, already ready made. Unfortunately, the historical value was not enough to keep the building intact, as many valuables were stolen from the inside, although a few icons are still thrown in the corner.It is a monument of religion that was left to fate. A large part of the church building is collapsing.

Today, the exterior of the church can be visited on any given day, and we hope that the interior will be restored soon.

It represents a monument of national architecture and a holy place, built on a stone foundation, at the end of the 18th century. The oldest dates of this church are from 1847, being the first church with domes in Moldova. During the years 2004-2009, the church was moved from the cemetery, next to the Parents’ House Museum.

Another wooden church from Călărași district represents the “Saint Nicholas” church. The place dates from 1797, and many villagers say that it was built many years before that, in the time of Stephen the Great, the village being formed around it. With a unique architecture, with the bridge, the walls, the doors and the windows, even the nails all made of wood, the church is a real treasure. Inside you can admire a very old icon painted on wood and canvas, and the outside is a work of oak and fir, a true masterpiece.

The Visit Moldova company offers you the opportunity to make trips throughout the Republic of Moldova, including a visit to these wooden churches, with transport and professional guidance. For more details, contact us.